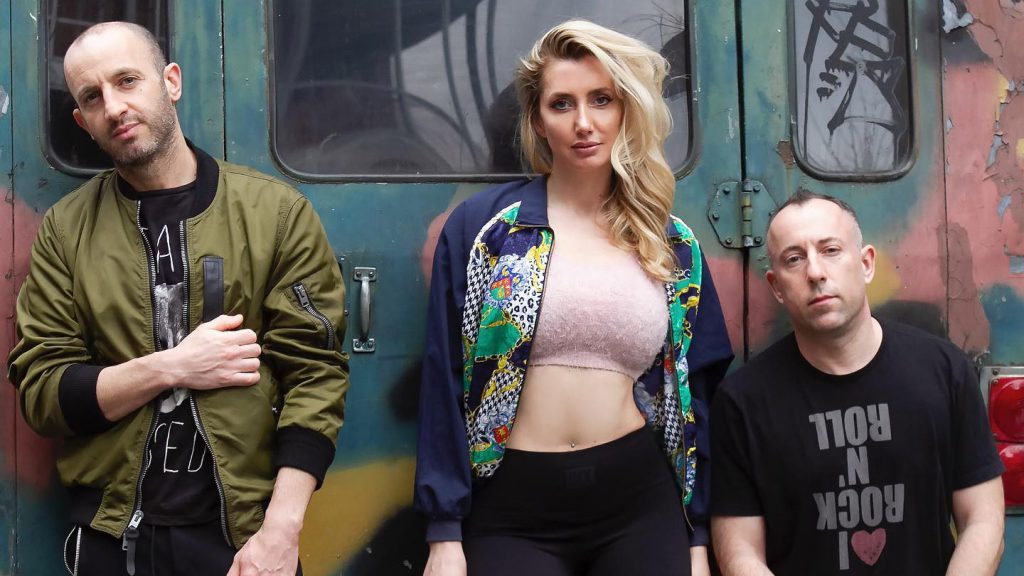 Disco Killerz & Holly T once again have the dancefloor in their grasp, hoisting it high like a trophy winner with the daytime dynamite of ‘Up To You’. We interviewed them both about their collab, disco killer tunes and more!

This is the second DK & HT collaboration. What inspired you guys to make another track together?

Disco Killerz – We really loved “Nothing To Lose,” which we released at the start of last year. The writers on that song, The Companions, are just amazing and since then have been on fire.  The song came out of the gate strong, getting added to radio, playlists, covers and all that –  but literally within a matter of days after the release, the pandemic hit full on and things ground to a full stop around the world.  We felt like the mission was incomplete and wanted to take another crack at it!

Holly T – I have been a huge fan of these guys for a while so obviously I don’t need much inspiration to work with them again. I heard the topline from Laura White (Galantis, Max Styler, Henry PFR…) and then Uri and Matthew had heard it and wanted to jump on it. So of course I said why not!

Can you tell listeners a bit about what it was like to collaborate with each other?

Disco Killerz – We’ve known Holly for a handful of years and we were always impressed with her work ethic.  She’s very determined to succeed and put in the hours as dance music writer and singer – which is a real grind.

We were at a friends’ show one night and she spoke to us about wanting to make a move into DJ’ing and producing, so we did the usual “ok, come by the studio and lets see what happens!” In truth, the original idea was that we were going to help her sculpt a sound and direction as she was taking a bit of a new path, and also find some great songs.  We’ve worked with a lot of emerging artists in various capacities and like to be a part of that development process.

At the start – we spent a lot of time listening, going back and forth on dozens of topline demos that came in from publishers, writers and managers.  We found that we had very similar commercial taste and were gravitating towards the same types of material and when we heard “Up To You”, it was a no-brainer. Sometimes it takes a half dozen tries to find a direction – but fortunately the production was pretty seamless on this one and we all were really happy with the initial ideas.  The bells and whistles, like the saxophone, fell in place and we are excited to have this one hit right at the top of Summer 2021, when the world is opening again.

Holly T – A great learning experience. I try to absorb as much as I can with whoever I work with because there is always something more to learn whether it’s creatively or in a business sense. These guys are just great, ‘Up To You’ was a year in the making, it was a huge group effort in getting this song to where it is now, Matthew found Hailey May to do vocals and of course she just took it to the next level. The best way to describe what it’s like to collab is teamwork!

This one is for Holly T, first of all congratulations on your newborn! So what we all want to know is what’s her name? And did the pregnancy influence your music writing positively?

Thank you so much, her name is Raegan Taylor Hart, Raegan means “little ruler” and that is certainly what she is doing, definitely the new boss in the house. Completing work and even simple tasks takes a little bit longer now!

I would definitely say the whole experience has influenced my music positively; I am more inspired to work harder not just for myself but for Raegan too. Pregnancy is definitely exhausting so having my energy back and feeling ‘myself’ again has given me this huge push that has inspired me in a newfound way. I am working on a whole bunch of new songs right now so pregnancy has definitely been a creative influence also. I am so excited for this release as well as all the new music I have coming. Fun times ahead for sure.

This one is for Disco Killerz: You guys are true ‘kings of the collab’ – collaborations with Liquid Todd, Mahalo, 9DS and now Holly T. It really sounds people like to work with you. What do you think it is that makes people want to collaborate with you?

Well, that’s a simple one, the fact is that … we are just incredibly likable and extremely talented guys! (Actually, that’s pretty much a total lie, we are nearly impossible to deal with.)

Now that I think about it – we do have our own studio in NYC, which is really a luxury these days.  So maybe It’s kind of like when you’re the kid that has the football and so you always get to play in the game, cause if you take the ball and go home – no one gets to play anymore!

But in all seriousness, we do have a long history of working with other artists. Our first collaboration was with Liquid Todd. We had been friends for some time and when we first got started, we were always playing him our early demos.  One day he came to the studio and said “Hey guys, I really like the progress I’ve heard in your music and I think you’re ready to make a move. Why don’t I manage you.” To which we replied, “you definitely don’t want to manage us, we will all make each other totally crazy and never be friends again BUT, let’s do a song together.”  And, that kind of became our thing.  We meet people.  We make music together. That’s how we do it.

One other factor I think is that we are pretty well-rounded on both the music side and the business side. We both play multiple instruments, write toplines, spend a lot of time finding vocalists and listening to toplines, and we also have developed a nice network on the business side of great people and labels to work with.

So yeah, we really are the perfect collab partners.  HA! Who’s next?

This one is for Holly T: You seem to be one of Spotify’s favorite when it comes to being playlisted and shining on the cover. What’s your secret?

I am very fortunate that they find my music appealing and playlist worthy, I would simply say work hard, stay focused, don’t compare yourself to anyone and don’t give up.

So Disco Killerz, what is your ultimate Disco killer tune?

Holly T, what is the first thing you’ll do when you enter your first festival/party?

Have fun and enjoy the moment. Lockdown definitely changed me in so many ways. Obviously being pregnant during Covid I locked myself away completely. I think pre-covid my mind was always on the end goal versus the moment so I want to remain in this frame of being and enjoy the moments and fun times ahead as much as possible. Oh yes and have a drink!!

jul 19, 21
Welcome to the Be Yourself Music family: Soul Central
read more

jul 06, 21
We bring the Defqon.1 expierence to the fans with Defqon.1 At Home
read more